Dr. Sam Robbins
Home Blood Flow The Shocking Truth About Aspirin – It Does NOT Work! (part 2) 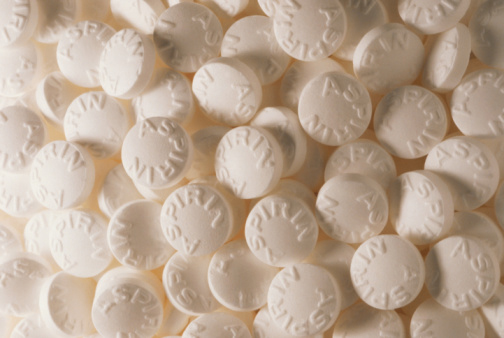 In my previous article, I wrote about aspirin and all of its health related problems. It became somewhat controversial and we received a TON of emails, questions and so forth. BUT, it was nice to see educated doctors and researchers emailing me and giving praise and backing up my information.

Anyway, if you missed it or need a reminder, please (re)read it again. Let’s continue where we left off …

There was a study done about a year ago that when doctors asked patients if they take any DRUGS on a regular basis, the response was usually “NO … only some vitamins and an aspirin daily for my heart”.

Umm … did you read that? … They answered “NO” when asked if they take drugs and yet, they ARE taking a DRUG – it’s called aspirin!

The reason most answered “no” is because aspirin has become so common and accepted, that most consider it a nutrient or a “supplement”, instead of the CHEMICAL poison it really is. Over 27 MILLION people take it daily, “just because” and without giving it a second thought. No differently than they do their multi-vitamins.

Heck, they take their aspirin more consistently on a daily basis, than they do their vitamins!

The massive ERROR that glorified aspirin as a preventive compound was brought about by a group of bungling doctors who tested it and concluded that there was a resulting “40 percent reduction in non-fatal heart attacks”. The researchers’ mistake was so awesomely simple that it will make you wonder if you can trust any American research anymore.

What the investigators used in their study was not just aspirin but Bufferin, which contains a good dose of magnesium.

By including magnesium, which itself prevents blood clots, dilates blood vessels, and prevents dangerous heart irregularities – the doctors completely invalidated their aspirin research.

In fact, I would venture to say, based on what I know about magnesium and on the mounting evidence against aspirin, that the “aspirin part” of this combination didn’t have anything to do with that “40 percent reduction in heart attack risk.” My money’s on magnesium as the ingredient that did *MOST* of the good work.

But the pharmaceutical companies (they are very smart when it comes to making cash) jumped on the study and revolutionized the use of aspirin, increasing its sale 100-fold. Every year, 40 million pounds of aspirin are produced in the United States – 200 tablets for every man, woman, and child. At the rate things are going, that may not be enough.

As some of you may know, both my parents have been dealing with “heart” issues since 1999. My mom mainly had high cholesterol problems, due to aging and menopause.

In addition to high cholesterol, my dad also had blood flow problems and that was due to his genetics, since his dad and mom both had a stroke. Because of this, I created 2 different products for them, which work in synergy with each other.

So, I’ve given you different solutions above. Individual ingredients, as well as “all-in-one” solutions such as CholesLo or Blood Flow Optimizer. Please select one of the options and take extra care of your heart and stay away from the drugs.

You have natural options that really work and are safe… so, no more excuses!

HEALTH • FITNESS • LONGEVITY
Dr. Sam Robbins has been studying and passionate about Health, Fitness & Longevity for over 25+ years. With a background in pharmacology, anti-aging endocrinology and psychology, his goal is to help optimize your health naturally, by utilizing simple, efficient and proven methods, which help reduce your frustration and give you more clarity. [Read More]
The entire contents of this website are based upon the opinions of Dr. Sam Robbins, unless otherwise noted. Individual articles and videos are based upon the opinions of the respective author. The information on this website is not intended to replace a one-on-one relationship with a qualified health care professional and is not intended as medical advice. It is intended as a sharing of knowledge and information from the research and experience of Dr. Sam Robbins, contributing authors and the community. Dr. Sam Robbins encourages you to make your own health care decisions based upon your research and in partnership with a qualified health care professional. If you are pregnant, nursing, taking medication, or have a medical condition, consult your health care professional before using products based on this content.
* As with all information, products and services, results are not guaranteed and may vary from one individual to another.
Statements made, or products sold through this web site, have not been evaluated by the Food and Drug Administration.
They are not intended to diagnose, treat, cure, or prevent any disease. [Read More]
© 1999-2021 Dr. Sam Robbins, Inc