How do I know if I have poor inflammatory responses?

One way is to do a blood test and check your C-Reactive Protein (CRP) levels. However, this isn’t always accurate since it’s giving you a snapshot of that day or recent times, not the long-term.

Today I’m going to reveal the 10 most common symptoms of chronic and “bad” inflammation.

1. Tired All The Time

If you’re tired all the time, this can mean you have proor inflammatory responses.

Maybe you’re sleeping too little or even too much, both can create inflammation – especially being sleep deprived which most of us are.

Exercising too much, all the time will also cause extra inflammation.

This leads to one of the biggest indicators of unhealthy inflammatory response and that’s aches and pains. This can be muscular or bone or ligaments or tendons or joints.

One of the most common ways the body lets you know something is wrong is through inflamed nasal cavities.

At first, it may seem as if you have a stuffy nose and you assume it is seasonal allergies or a simple cold.

But, since inflammation is the body’s way of fighting off foreign substances and protecting itself, a stuffy nose could be a sign of unhealthy inflammation.

This is a big one for most people due to bad, inflammatory diets – in addition to emotional stress.

Ongoing symptoms like stomach pain, diarrhea or gassiness could be signs of unhealthy inflammation, especially in the gastrointestinal tract.

Over 30% of the population experience heartburn on a WEEKLY basis. And during times of stress, it happens more often and many times this is an unhealthy inflammatory problem.

Brain fog is characterized by confusion, forgetfulness, and a lack of focus and mental clarity. This can be caused by overworking, lack of sleep, stress, and spending too much time on the computer.

All of these causes also are linked to unhealthy inflammatory responses.

Most people don’t know just how bad inflammation is for your skin, this includes the scalp and thus, hair loss.

Internal inflammation can reveal itself externally.

No one knows the exact causes of migraines and ongoing headaches, but scientists do know that one major cause is due to neurogenic inflammation, which is a type of inflammation in the brain.

Many metabolic disorders are linked to bad inflammatory responses.

Of course, all of these problems are linked to heart, blood sugar, memory problems, and so forth.

In addition to metabolic problems, chronic inflammation is also linked to vascular problems.

This has to do with unhealthy blood flow and circulation. This means cold extremities such as hands and feet. Or numbness.

In men, this can also cause erectile problems and impotence.

I have natural options for healthy inflammatory response – they are scientifically researched, work fast, and have no side effects. 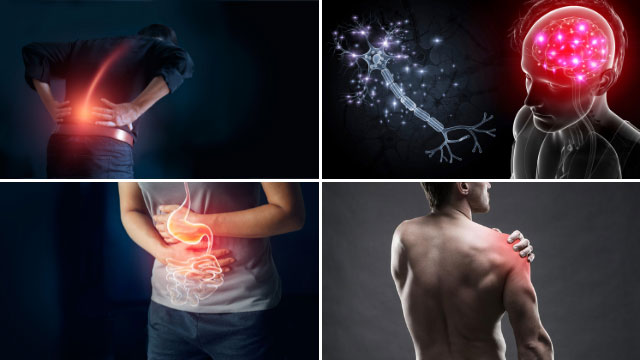 There are a few important ways for reducing inflammation - diet, exercise & stress management being important factors.

Unfortunately, they take lots of time and most people are either NOT patient or need faster results, with less effort... (especially with pain relief!)

This is the exact problem I ran into with myself. Because of this, I needed to find something that's easy & works quickly.

Well, the good news is that now you can quickly achieve your "healthy inflammation & pain relief" goals with ONE simple solution that's easy, convenient & requires NO lifestyle changes...